How KR Liu’s Advocacy Sparked a Movement for Disability Inclusion

Insights on technology, inclusivity, mentorship, and more, from an inspirational accessibility advocate 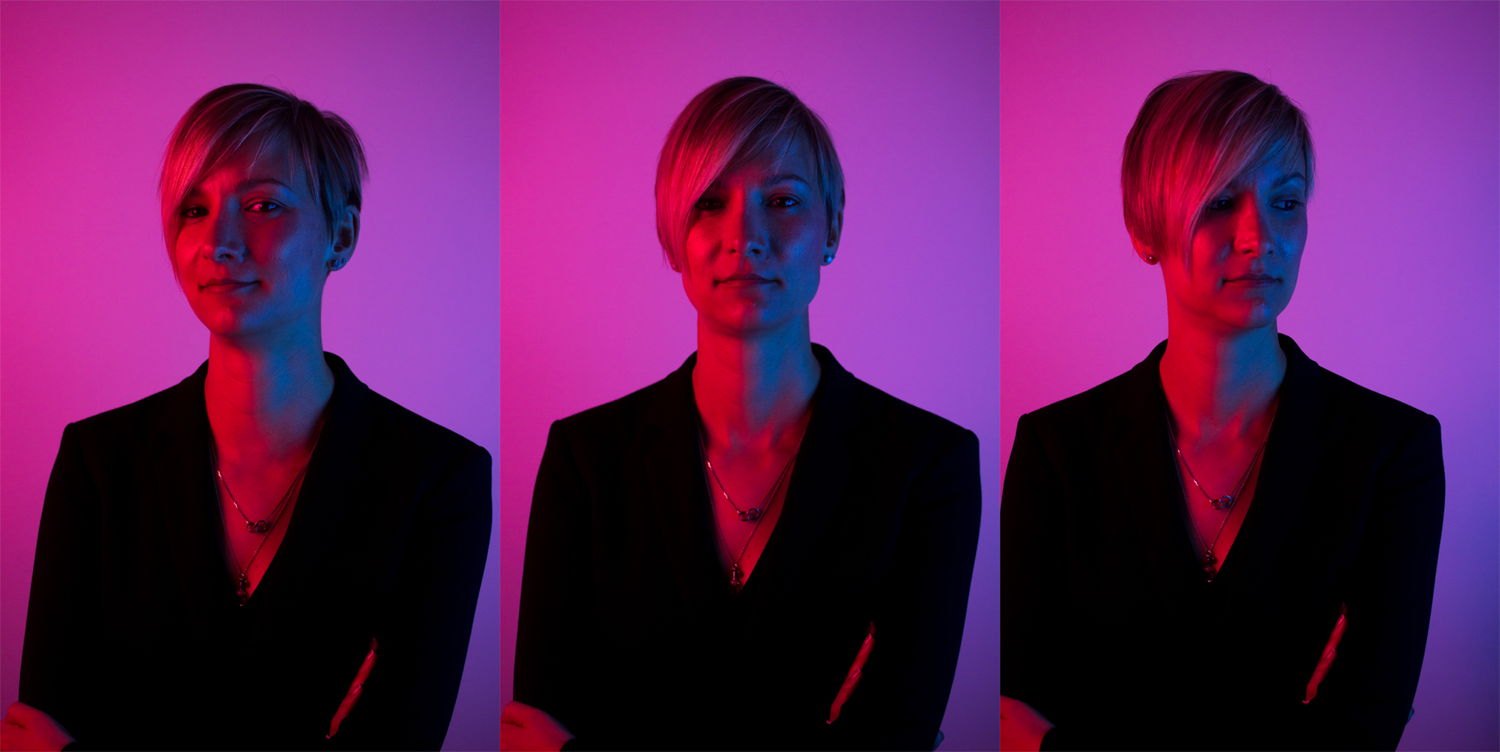 Many young professionals earning meager early-career salaries are all-too-familiar with making difficult financial decisions — some have to refinance student loan payments, while others avoid the emergency room and its costly accompanying fees during times of sickness or injury — but very few of us can imagine having to make the impossible choice between having a roof over our heads or being able to hear.

Accessibility advocate Kristen “KR” Liu, who has had severe hearing loss since the age of three, had to make that unimaginable choice

“I was in several situations where, because I lived in Silicon Valley, I had to decide between having to replace my hearing aids and paying my rent,” Liu says.

It put her in difficult positions during her youth, but, ultimately, Liu needed her hearing aids to do her job, so it really wasn’t a choice at all — she had to shell out the money to repair them or risk damaging her career.

On turning to technology to solve a common issue...

Liu is not alone; approximately 20 percent of Americans have experienced some form of hearing loss — it’s the third most common physical condition in the country, behind arthritis and heart disease.

Hearing aids can cost anywhere from $2,500 to $5,000 apiece — even worse, they’re not covered by insurance in the U.S. Add in the fact that 60 percent of people with disabilities are unemployed, and that’s a lot of people who are unable to obtain the technology they need to live their lives.

This is why Liu has spent the last 20 years advocating for innovative and affordable solutions in the technology industry for people with hearing loss.

Previously, she had worked as a technology executive for hardware companies, mostly in marketing roles. But after seven years at Speck, which manufactures tech cases, she knew she wanted to move into the audio and headphone industries to push for innovative hearing solutions.

Liu worked her way up to become Vice President of Advocacy and Accessibility at a company called Doppler Labs, which blended accessibility and accessory to develop wireless smart earbuds.

On campaigning for progress at Congress...

Liu’s advocacy work at Doppler Labs soon saw her speaking at the White House and the U.N. Her passionate speeches on disability inclusion and how the interplay of advocates, consumers, the technology industry, and nonprofits can change the perspective of what it means to live with disabilities caught the attention of Sen. Elizabeth Warren (D-MA).

“If you told me five years ago I’d be walking the halls of Congress and passing legislation, I’d have said there’s no way that that would ever happen,” Liu says.

But not a week later, she received an email from Warren’s team inviting her to join their efforts to pass the Over-The-Counter Hearing Aid Act. The bill would allow adults to purchase over-the-counter hearing aids without seeing an audiologist, giving them a more accessible, affordable option.

“It was bipartisan legislation, which is very rare these days,” Liu says. “And it actually passed almost unanimously, which was amazing, because it serves a wonderful purpose: it helps everyone. It helps open up the market because in today’s day and age, there are six companies that own 98 percent of the market. It also increases competition and drives prices down so that people can get access to the technology they need.”

On increasing accessibility in the workplace...

In addition to advocating for affordable hearing solutions, Liu works to help people with hearing loss get jobs. She also educates companies on how to work with those employees, including connecting them to organizations and nonprofits they can work with.

Liu says she’s heard many stories from individuals with hearing loss about potential employers suddenly ceasing communication with an applicant after they’ve asked for sign language interpreters or captioning to do their interviews.

“Iit usually takes them many, many times of applying and then maybe getting an organization that has access to those tools and resources to even let the person get their foot in the door for an interview,” Liu says.

But hiring candidates with hearing loss is not where employer involvement ends. Companies need to make sure they are creating supportive spaces where employees can thrive. Beyond providing technology and other resources, Liu says, organizations need to consider the environment of their workspace — even the physical set up.

“For someone like myself , the whole open office concept is a horrible concept because you have so much noise going on around you,” Liu says. “If you’re just trying to have a conversation or talk on the phone or even do a video chat when there’s no conference rooms available, it makes it almost impossible for you to do your job. Personally, I depend a lot on lip reading, so that itself can be very exhausting if there’s a lot of noise or people included in the conversation, whether it’s a long meeting or one with multiple people.”

Liu’s work educating employers increases their empathy toward the experiences of employees with hearing loss so they can better understand how to adapt their processes and structure to set those employees up for success. But it also helps the companies — having employees who understand accessibility engenders the creation of accessible products and processes.

For example, technology we use everyday — technology that has been very lucrative like email and text messaging — were originally developed by and for the use of people with hearing loss.

“When you develop technology and your environment to be accessible, you’re not only solving one person’s problem, you might actually be solving many different problems,” Liu says. “And then you become need-to-have for people instead of something nice-to-have. Especially over the last couple years, you’re starting to see a lot of conversation in the industry about accessibility inclusion, disability inclusion, not only from culture, but product, because they’re seeing that when you do that, you’re tapping into billions of people. There’s over 3 billion people in the world who have a disability, so that’s a huge market.” 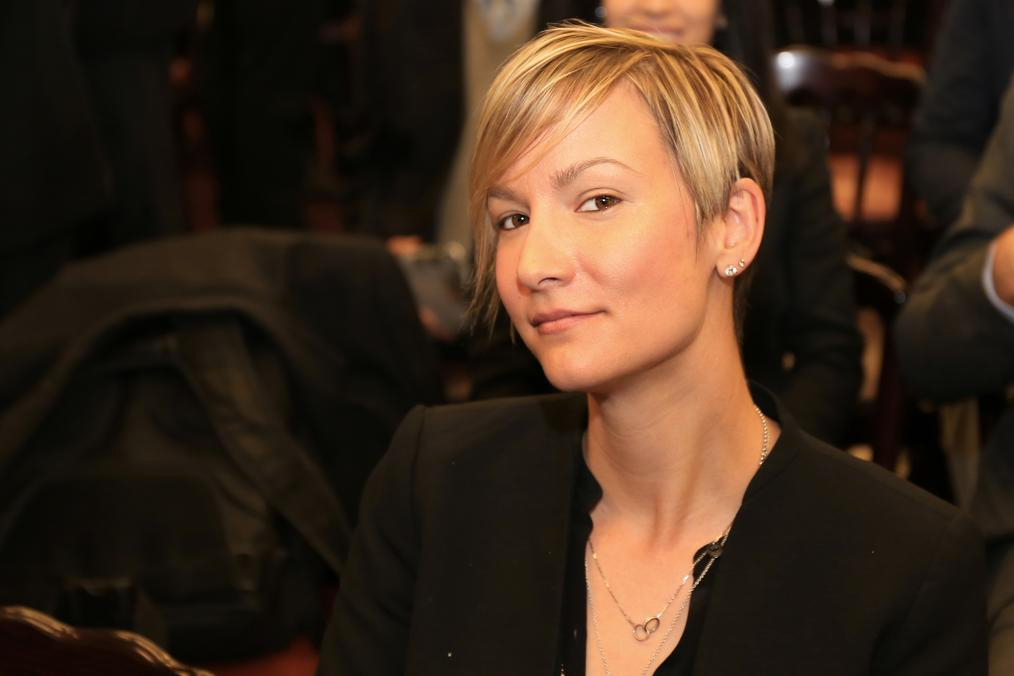 Between advocating, passing laws, and sitting on the boards of multiple organizations, Liu has learned major lessons about maintaining work-life balance.

“I have to say ‘no’ a lot.” she says. “I used to say ‘yes’ to everything, and they were not getting as much of my focus or as much of my energy as I thought some places needed.”

Liu has decided to focus mainly on her advocacy work and her speaking, because it gives her the most fulfillment. She’s extremely passionate about her work helping people with hearing loss have happy, healthy lives, but one person can’t do everything

For Liu, it comes down to deciding where she can have the most impact immediately and starting there, and then picking and choosing which long-term projects to focus on and which she can hold off on.

“I’m a lot more choosy now about what I do and don’t do,” she said. “So that’s where I figured out who I work with and who I don’t. And then balancing my time with my family and my wife — she’s even busier than me!”

On mentors and support communities...

Another thing that helps Liu make it through a packed schedule? Leaning on her network of women.

“I always have feelings of doubt or questioning, but I’ve been very lucky throughout my career to have amazing female mentors from different areas,” she said. “I have one in the tech industry, I have one in the nonprofit world, and I have one that’s in the life-coaching business.”

Having mentors can help you during moments of uncertainty, when you’re in need of advice and don’t know where to go next, but they’re also important to have if you want to break into an industry, including the advocacy world, Liu says.

“In the first probably 15 years of my career, I never met anyone in my organization that had hearing loss like me,” she says. “I didn’t see anyone like myself, and it wasn’t until I met Jenny Lay-Flurrie, who’s the Chief Accessibility Officer for Microsoft and deaf herself, where I was like, ‘Wow, there’s actually someone like me who’s doing amazing things.’ I was fortunate enough to speak at a panel and get to meet her and know her, and she’s been an amazing mentor of mine, all because I put myself in those arenas where she was talking.”

On being an advocate...

Liu suggests that would-be advocates look at who’s doing the talking in whatever arena they’re passionate about and connect with them in any way they can, whether that be via email or social media.

“You never know — they actually do respond,” she says. “I get people who find me on LinkedIn and reach out with personal stories who are interested in [advocacy], and I answer every single one of them, whether I can help them or guide them, or just introduce them to somebody.”

She also encourages those interested in advocacy to share their own stories. Write a post on LinkedIn, start a blog, or just talk to people in person, and people who can relate will start to reach out you, Liu says.

“That’s really, really important if you’re serious about advocating,” she says. “You have to be open yourself and be vulnerable and put yourself out there.”

Liu recently spoke about her advocacy for technology inclusion at Ellevate Network’s “Mobilizing the Power of Women Summit,” and about diversity and LGBTQ equality at UberPride’s speaker series — making it clear that she values the fight for inclusion of all types.

Does your company promote accessibility inclusion? How about gender and LGBTQ inclusion? Rate these qualities today on InHerSight.

9 of the Best Biographical and Woman-Centric Documentaries on Netflix

How Kristen Baughman Is Having Her Cake...and Promoting It Too