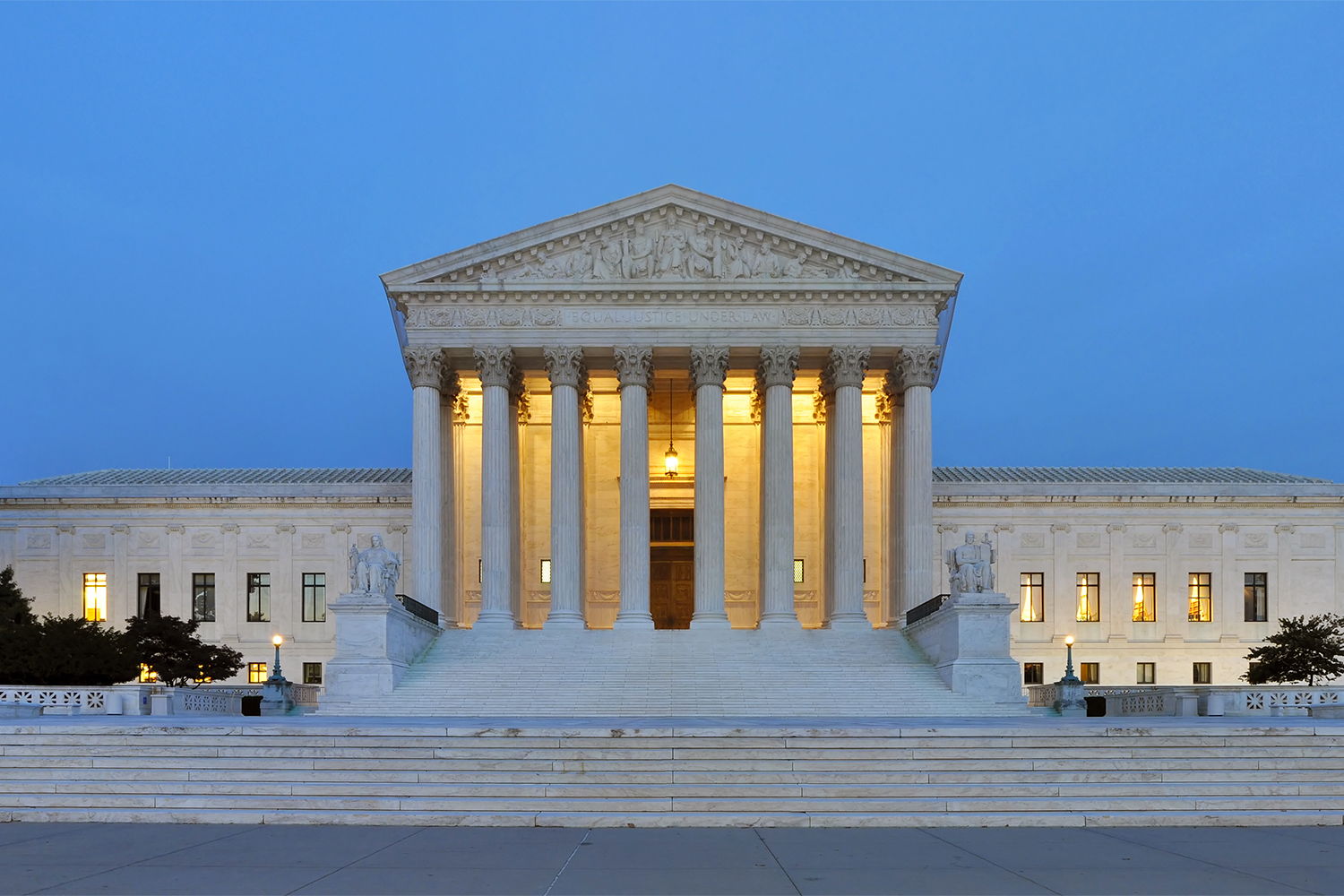 Politics have always been a bit messy, but are especially so these days. While women have seen a few wins —  here’s looking at you Alexandria Ocasio-Cortez — we’ve seen some setbacks  as well.

As of late June, we’ve known that a new Supreme Court Justice will likely be headed our way this year, as Justice Anthony Kennedy announced his retirement. In early July, President Donald Trump announced his nomination: Brett Kavanaugh, United States Circuit Judge of the United States Court of Appeals for the District of Columbia Circuit.

Now, many of us are left wondering what Kavanaugh stands for. Here at InHerSight, we’re wondering how strongly he’ll fight for the rights of women and workers.

For many of us, our first knowledge of Kavanaugh came on the night his nomination was announced. He stood in front of the press and spoke on what the nomination meant to him, and who he is as a person and a judge.

Kavanaugh spoke passionately about his “trailblazer” mother, who worked as an educator and later became a prosecutor and judge. He credited her for teaching him about the importance of equality and knowing right from wrong. Kavanaugh also noted how proud he is to say that the majority of the law clerks he’s hired have been women.

While his speech sounded promising, it’s important to consider Kavanaugh’s history as a judge when discussing who will and who will not benefit from him taking Kennedy’s seat on the Supreme Court.

When it comes to abortion rights, Kavanaugh has a complicated background. If you do some digging into his history, two major and contradicting moments will pop up: his stated commitment to upholding the Roe v. Wade decision, and his dissent in the case of Garza v. Hargan. We’ll start with the former issue.

During a hearing regarding his nomination to D.C.’s Circuit Court of Appeals, Kavanaugh was reasonably clear about his intentions to uphold the Roe v. Wade decision: “If confirmed to the D.C. Circuit, I would follow Roe v. Wade faithfully and fully,” he said in a clip from C-SPAN . “That would be binding precedent of the Court. It's been decided by the Supreme Court.”

He echoed his dedication to precedent decisions in his nomination remarks earlier this month, so it would appear this still stands. However, the latter issue I mentioned above calls into question how he would handle abortion rights that are not as clearly defined by Roe v. Wade.

In the case of Garza v. Hargan, the D.C. District Court of Appeals was tasked at reviewing an immigrant minor’s rights to an abortion while in custody of the Office of Refugee Resettlement (ORR). While ultimately the minor was granted the abortion, Kavanaugh dissented, recommending that more time be allotted to finding a sponsor to remove the minor from ORR custody, according to the Harvard Law Review . His reasoning was a concern that the decision might set forth “a new right for unlawful immigrant minors in U.S. Government detention to obtain immediate abortion on demand.”

So we’re left with seemingly two conflicting issues. While Kavanaugh may not seek to overturn the decision made in Roe v. Wade, it is clear that he could contribute to decisions that would make access to abortions significantly more difficult for women.

Many unions are speaking out against Kavanaugh’s nomination, stating that he will work to weaken unions and consistently side with corporations, an article in Bloomberg noted . Richard Trumka, president of the American Federation of Labor and Congress of Industrial Organizations (AFL-CIO) said, “The current Supreme Court has shown that it will side with greedy corporations over working people whenever given the chance, and this nominee will only skew that further.”

Again, we have two cases in particular that shine a bit of light on how Kavanaugh stands when it comes to workers’ rights: Agri Processor Co Inc v. National Labor Relations Board (NLRB) and SeaWorld of Florida, LLC v. Thomas Perez

In the case of Agri Processor Co, the kosher meat wholesaler fought to keep its workers from collective bargaining, stating that many of them were undocumented immigrants and therefore did not have that right, Huffington Post reported.

“Ultimately, neither the National Labor Relations Board nor the majority of judges on a panel for the U.S. Court of Appeals for the District of Columbia Circuit agreed with Agri Processor,” the article states. “The only one who did was Brett Kavanaugh,” who dissented. Had the case ended the way Kavanaugh fought for it to, collective bargaining rights would have taken a major hit, especially for some of the United States’ most vulnerable workers.

The case of SeaWorld of Florida, LLC v. Thomas Perez covers the well-known death of SeaWorld trainer Dawn Brancheau, who died during a performance, when attacked by orca Tilikum.

While the Occupational Safety and Health Administration (OSHA) argued that SeaWorld had an obligation to protect its trainers under the general duty clause of the OSH Act of 1970 , Kavanaugh disagreed, Huffington Post explained. “He compared working at SeaWorld to playing a sport like ice hockey that comes with inherent dangers, and, unlike his colleagues on the panel, argued that OSHA doesn’t have the legal standing to regulate it,” the news publication wrote.

Thanks to these cases, and many others that saw Kavanaugh siding with employers, the general feeling is that his appointment to the Supreme Court would result in workers’ rights being chipped away. “Based on his record, we can expect that Judge Kavanaugh will continue to protect the interests of already powerful corporate CEOs instead of working families,” the Communications Workers of America said in a statement .

While it’s yet to be seen if Kavanaugh will be confirmed — though it’s very likely he will — it is important to realize the power he will have on the Supreme Court. Should he be confirmed, it’s likely that women and workers will have to rely even more heavily on their employers and communities to help protect their rights.

Rate this article
Share this article
Editors' Picks
Elastigirl Kicked Ass (And Fragile Male Egos) in Incredibles 2
To Hire Well, Check Your Baggage
On the Job Hunt? Look For These 3 Things in Company Reviews
More articles ›