And as a result, women tend to underestimate their professional value, not ask for raises, and it turns out—not negotiate their salaries.

In an August 2019 survey, InHerSight found that only half of women say they have ever negotiated their salary. 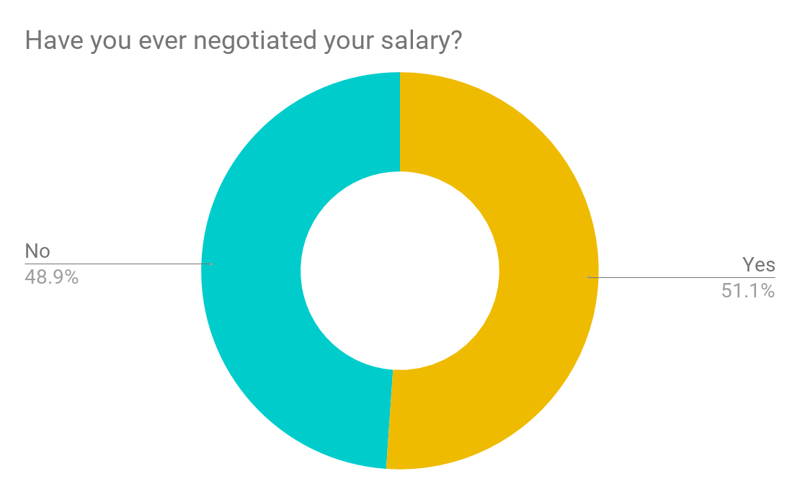 Lack of confidence may contribute to women’s not advocating for their pay, though it’s not likely an overwhelming driver.

Forty-seven percent of women say they feel at least somewhat confident in their ability to negotiate their salary. Only one in four say they feel very unconfident doing so. 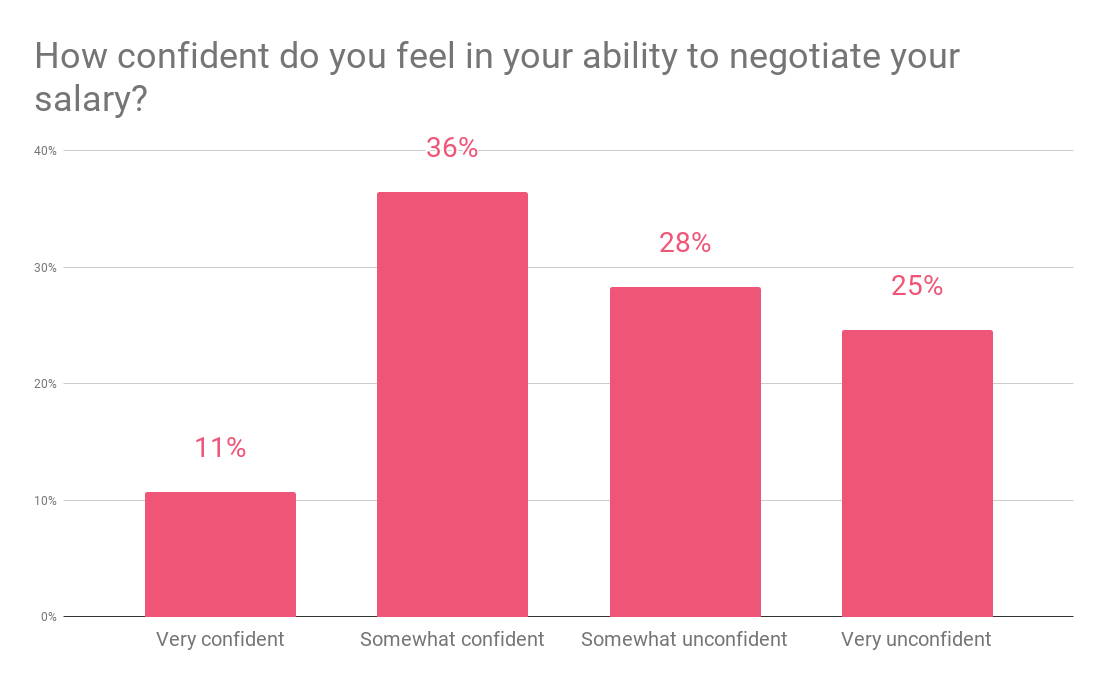 The narrow majority (52 percent) say they have not been successful in negotiating their pay. 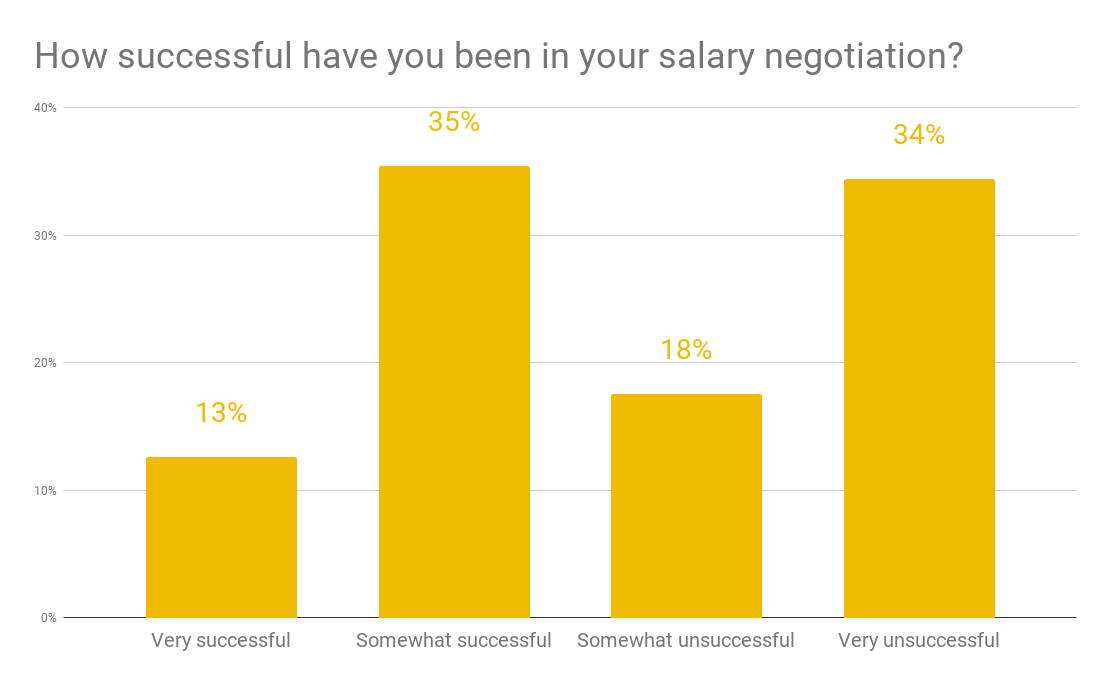 Have you ever negotiated salary: Survey of 1,041 InHerSight users in August 2019.

How successful have you been: Survey of 723 InHerSight users in August 2019.

How confident do you feel: Survey of 806 InHerSight users in August 2019.

InHerSight has ratings and reviews by working women on more than 120K companies in the United States.

Editors' Picks
The Working Woman’s Guide to Pregnancy Insomnia
How to Make a Resume for Your First Job
Companies: What Does & Doesn't Help Close the Gender Pay Gap
More articles ›