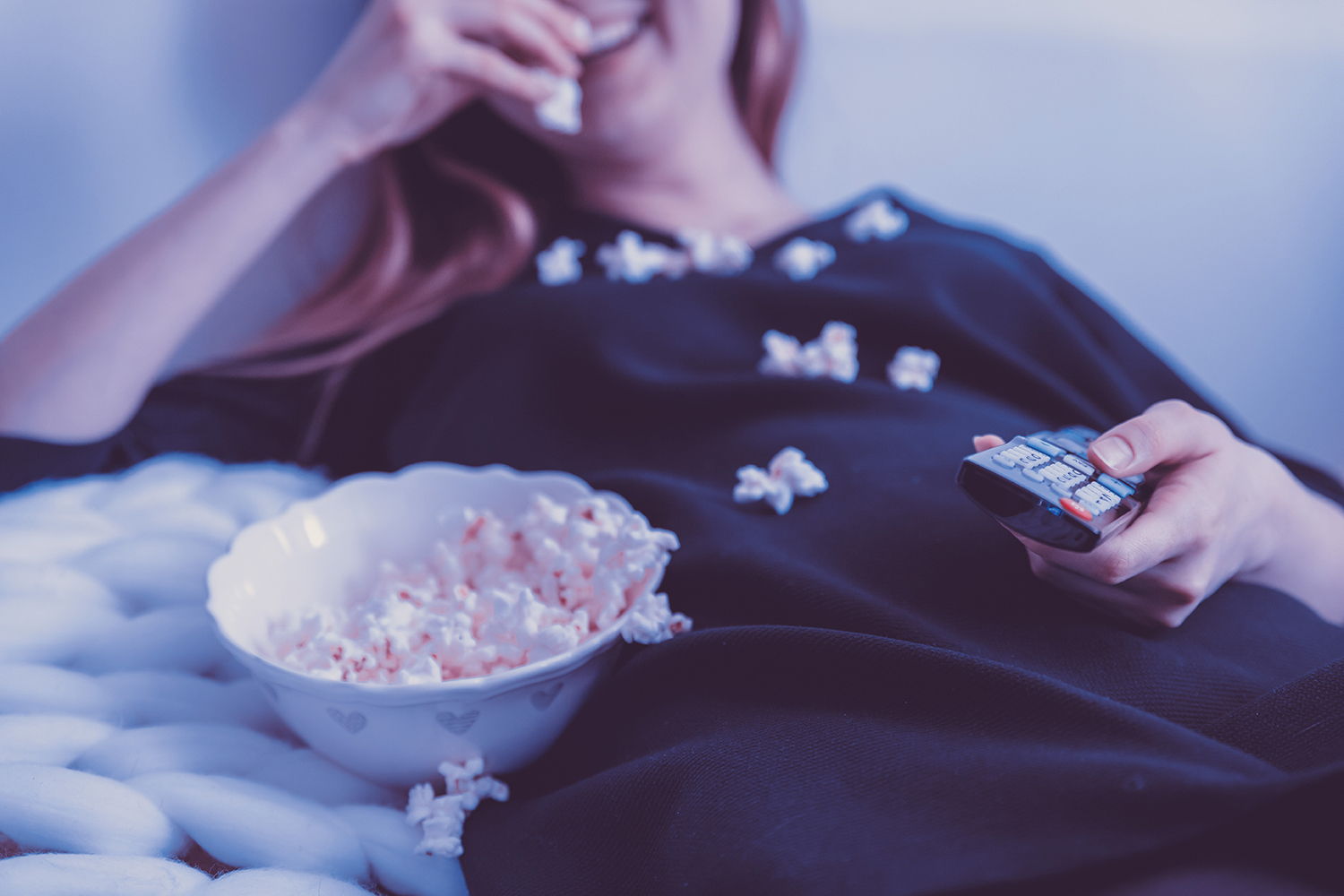 Whether it’s watching all nine seasons of The Office for the fifth time or replaying the classic Hercules (lest we forget: "I'm a damsel, I'm in distress, I can handle this; have a nice day."), we all have our binge-watching go-to’s. I typically put on Law & Order: Special Victims Unit or a rom-com like Leap Year.

Every once in a while, it’s nice to switch things up — especially with movies that feature a strong female lead. Thanks to Shondaland and other great writers, directors, and producers, there are a ton of projects that feature badass working women who aren’t limited to characters like The Bride in Kill Bill.

While it may not have been highlighted in the trailers, each of these movies features heroines who will inspire any working woman.

“We go from being our father's daughters, to our husband's wives, to our babies' mothers…”

Hidden Figures is a film that tells the courageous stories of three NASA employees: Katherine Johnson, Dorothy Vaughan, and Mary Jackson. These brilliant women were the brains that helped launch astronaut John Glenn into space back in 1962. Despite living day-to-day with discrimination laws and unfair treatment (like African-American women still endure today), these three women refused to let their circumstances define their impact. As a young professional myself I understand the struggles of combating racism and sexism simultaneously. I truly admire their strength, and you will, too! You can read more about their story here.

“Life, with its rules, its obligations, and its freedoms, is like a sonnet: You're given the form, but you have to write the sonnet yourself.”

After her husband went missing, Mrs. Murray was forced to continue working as a scientist and raise her two children solo. The film follows her her equally courageous daughter as she embarks on a quest to bring her father home. Imagine living day-to-day knowing that your husband disappeared years ago, and continuing without a hitch! Well, of course not 100 percent without a hitch, but her ability to remain strong for her children is out of this world.

“Look, you are my best friend, there’s nobody that believes in you more than me. So you’re taking [my] check and you’re starting that label and it’s gonna’ be hot!”

In this completely underrated rom-com, Sanaa Lathan is the newly tapped editor-in-chief of the hip-hop magazine XXL. Despite a complicated relationship with her long-time best friend, she manages to maintain her career, book publicity spots, and “secure the bag” in the end. If you’re a fan of Love & Basketball, you will love Brown Sugar!

If you haven’t seen this Oscar-winning animated film, you’re missing out. Leaving out spoilers, the foundation of the movie rests upon one woman’s decision to build a business to support her family following the tragic loss of her husband. Despite suddenly finding herself a single mom with a baby girl to feed,she found strength in her duty to provide for her daughter and, in doing so, created a source of income for her family for generations to come.

FBI agent Gracie Hart is forced to go undercover in her most difficult assignment yet. Beyond the drastic physical changes she makes, she has to confront herself, her past, and her misconceptions about the pageant world in order to save the day. What I really appreciate is that this film shows how much work goes into participating in pageants — and how, despite being competitors, pageant contestants love and support one another despite the stress of their positions — which is how it always should be.

“Alright, man against woman. Is that really fair?” “Fair for whom?”

J. Lo always delivers and this early 2000’s thriller is further proof of it. I don’t want to spoil anything, so here’s the IMDb description “After running away fails, a terrified woman empowers herself in order to battle her abusive husband.” But I will tell you, this mother will do ANYTHING to protect her daughter and she completely kicks ass!

Honorable Mentions (that are also currently on Netflix):

Treat yourself and be inspired by each of these flicks!

Gwendolyn Smith is a recent college graduate and New York City transplant. She is passionate about increasing the representation of underrepresented populations in the media.

Share this article
Editors' Picks
How Many Male Allies Do You Have at Work?
These Two Women Turned Their Passion for Food into a Career
7 Hilarious Women You Need on Your Twitter Feed
More articles ›