We've Been Busy Thinking About "Boys"

Double standards, objectification, and dancing around the office. Diving deeper than necessary into one of the summer's most enjoyable tracks.

Late last week, Charli XCX released the music video for her late-summer bop “Boys,” a catchy-as-all-heck jam wherein the British singer proclaims that she's been “busy thinking ‘bout boys.” As for the video...well, the video is incredible (more on that later).

If you only heard the refrain, you might wonder why someone would need to forego responsibilities because they were “busy dreaming ‘bout boys,” but as the aggressively poppy song works its way through heavily synthesized verses, XCX adds that “in every city [she’s] got [a boy],” which would certainly give her a lot to think about.

Male singers often congratulate themselves on fraternizing with many women, but when women imply that they might have multiple men, it still stands out. Though it has become more acceptable for women to openly participate in hookup culture , they still face a societal double standard in how their participation is perceived. Men are celebrated for their conquests, while women are told to sweep past lovers under the rug.

Charli XCX’s celebration of her “boys” is a refreshing way to end the summer. The song itself is bright and fun, but its message is also welcome in a political time that can be unsure for women. 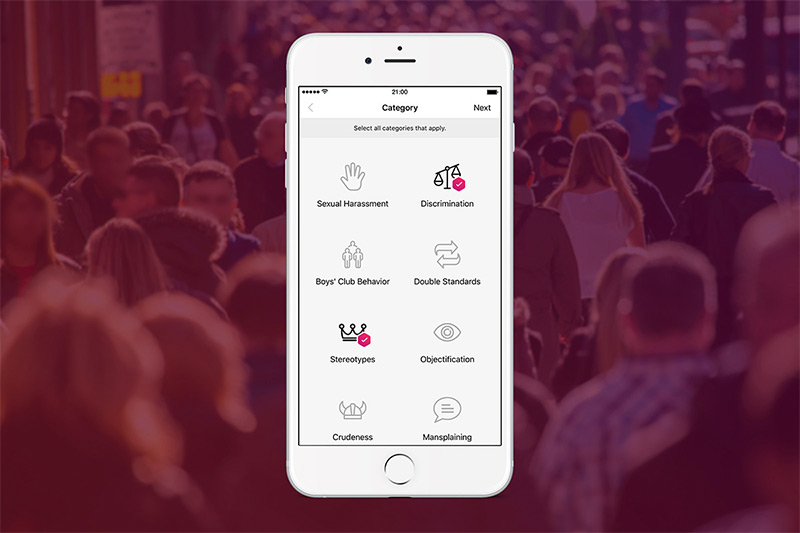 Share instances of sexism anywhere, anytime with Whistle , an app from InHerSight. Get it now

Let's face it. Popular music is still full of lyrics that demean women, and music videos can be downright degrading. While women are expected to be sexually "pure," they are often depicted as nothing more than sexual objects or accessories, adorning the car hoods and arms of countless male artists. The message is clear: women are there for decoration, background, and appealing visuals.

Charli XCX directed the video for “Boys” herself (and claimed in a tweet that no boys were harmed making the video,) which is already badass. Watching the video, we see not only a well-composed piece of visual creativity, but also common video conventions flipped on their head. It’s men, not women, who are objectified. And, they’re famous men! It’s admittedly comical to see men filling the roles that women so often do in videos, and we really needed that laugh after this week .

But our laughter proves the problem. That we find it amusing when men display themselves as sexual objects but have stopped batting an eye when women are in the same situation shows that we've come to expect the sexualization of women.

Of course, there’s an argument to be made that we shouldn't, as a society, sexualize anyone in a stylized, produced way, but that’s a conversation for another day. For now, we should thank Charli XCX for giving us a reminder that gendered sexualization is problematic, as well as a great song for the end of the summer. Enjoy!

10 Olivia Pope Quotes to Get You Through the Week

I Asked Some Women If They’ve Ever Cried at Work. Here’s What I Learned