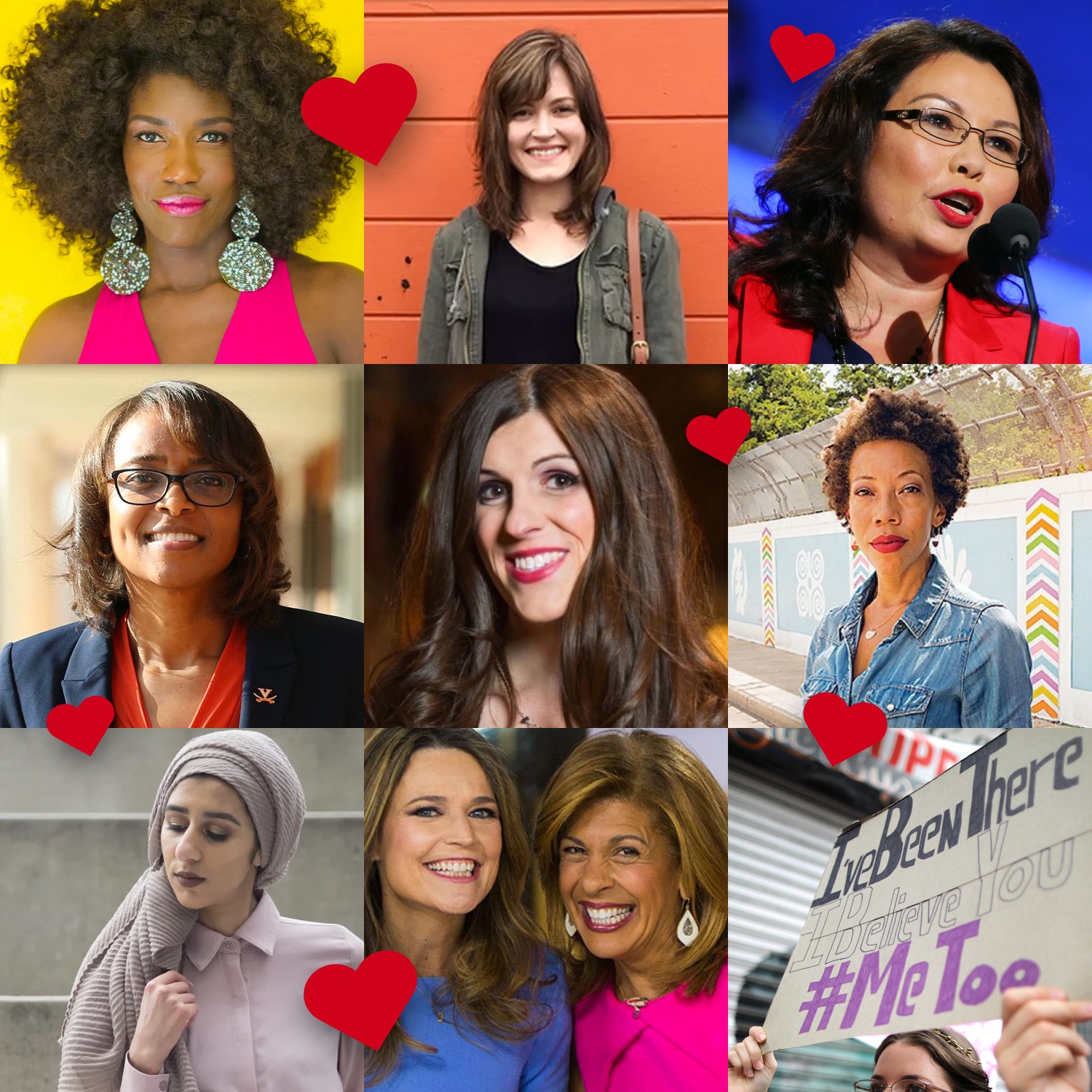 Last year, Uber's brand took a major hit and became almost synonymous with a shocking lack of diversity. After major pushback for their overwhelming whiteness and maleness, it seems the company has realized something has to change. Uber came into 2018 with more women on board, a new chief diversity and inclusion officer , and Bozoma Saint Johns . These women are tasked with rehabilitating the company's culture and brand, and with bringing the app back , both to people’s phones and to their good graces.

2. Women are speaking out about sexual harrassment

Speaking of Uber...the company caught a lot of heat in 2017 for its “bro” culture and disrespect for women. After an honest and revealing post by former Uber developer Susan Fowler that gained a lot of attention, the exposés kept coming, and the dialogue in Silicon Valley and beyond began to shift toward making sure harassment was not a part of the day-to-day life of people at work -- novel idea, eh? Thanks to women speaking out, Uber's failings cascaded into a deeper conversation about harassment and ignited a movement.

3. Women are having babies … in office

The Prime Minister of New Zealand and US Senator Tammy Duckworth both recently announced that they are expecting children while holding office. Both will mark a first, surprisingly enough. Women in power are often characterized as poor mothers, but these two women, along with Australian Senator Larissa Waters who made headlines last year for breastfeeding her baby in Parliament , are prepared to show the world that women really are the best multitaskers.

The site of the infamous Charlottesville march, The University of Virginia hired the first black female athletic director of an ACC school. Carla Williams has a long and distinguished career in athletics and is breaking boundaries by becoming a role model for young girls everywhere.

5. Women are making big political moves -- and winning more offices than ever

2017 was the year of biggest political gains for women since the original “Year of the Woman” in the 1990s. Women are definitely over being told what to do, and that includes letting men be the ones who make the laws that govern them. 2017 was an off-year for most elections, with no national seats available, but here’s to hoping that 2018 Midterms will be an even bigger win -- more women than ever are running .

Amy Sherald painted the official portrait of Michelle Obama . The Baltimore-based artist is famous for her socially informed artwork, and her interpretation of Mrs. Obama will be a national treasure for as long as the nation remains. The portrait not only helps advance women in art, but is particularly significant for black women to see art they are producing honored in this way.

7. Businesses are supporting women of all backgrounds

Women of all backgrounds -- class, religious, ethnic, and others -- deserve to be able to have easy access to clothing that will allow them to succeed. Retail giant Macy’s announced that it will launch its own hijab-friendly line , which it will sell in stores everywhere. By creating an inclusive new line, Macy’s is setting a tone we love for 2018.

8. Women are helping us start our day

One of the most-watched morning shows in America, NBC’s “Today” show, is now anchored by two women. Hoda Kotb completed the duo when she was named an official replacement to Matt Lauer after he was fired for sexual harassment claims. Having women head a way to start the day is a powerful statement, and Hoda and Savannah are darn good at it.

9. Women are holding powerful men accountable for their actions

It still seems rare for a day to pass without a new #MeToo story ending the career of another man long assumed to be untouchable. Women are empowered enough -- and likely enough to be believed -- that they're finally telling the truth about what happened to them in years past. Women have had enough, and we love that things are finally starting to shift in favor of justice.

Bonus: Women like you are sharing their experiences on InHerSight

We're connecting working women to jobs and companies where they will thrive, and it all works because of the insights working women have shared with us about the places they work. Want to join them? Click here to anonymously rate your company now.