Everything You Need to Know about Roe, Wade, and the Case that Changed a Nation

These famous names belonged to two people who couldn’t have been more different. 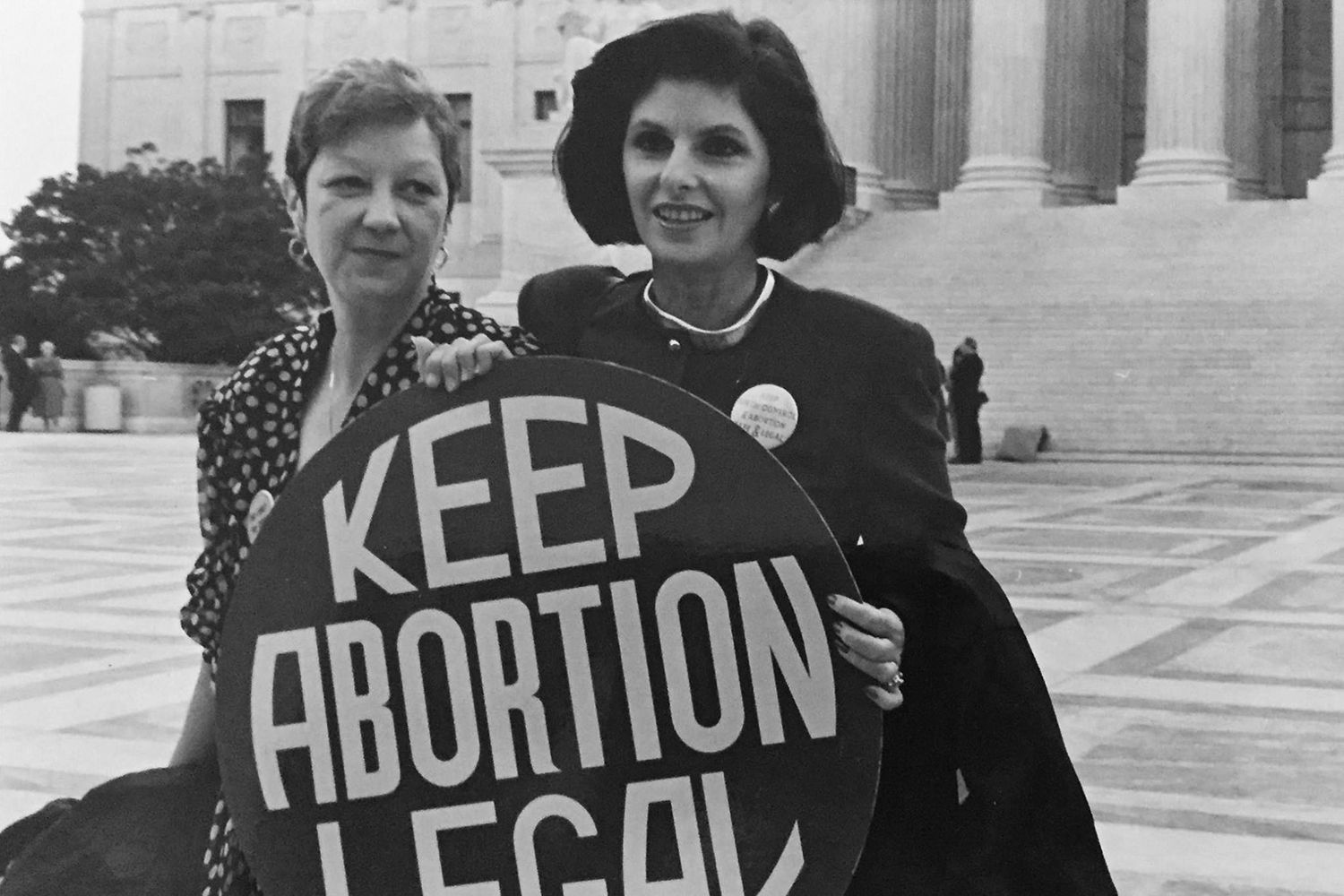 Norma McCorvey (a.k.a. Jane Roe) and her lawyer Gloria Allred on the steps of the Supreme Court, 1989

Where it all began

On September 22, 1947, Norma Nelson was born in Simmesport, Louisiana. She later became Norma McCorvey thanks to her short marriage to Elwood McCorvey, with whom she had a daughter, according to the Washington Post. She eventually became pregnant again  — this time outside of wedlock — and sought a way out of it.

McCorvey ultimately had to give birth and give the child up for adoption in 1970. She then filed a lawsuit against the district attorney of Dallas County in Texas, Henry Wade — the man "responsible for enforcing Texas abortion laws," explains the Washington Post. Her hope was not for the overarching national ruling she received, but rather for “the right to legally and safely end a pregnancy that she did not wish to carry forward,” the Post reports.

McCorvey adopted the temporary pseudonym Jane Roe to protect herself during one of history’s most high-profile Supreme Court cases. Soon after the ruling, she created foundations, wrote books, was featured on TV shows, and gave speeches as the pro-life vs. pro-choice political debate boomed, according to Politico. She and her partner, Connie Gonzalez, were happy to have higher income. But it was only a matter of time before she flipped on the matter entirely in 1995, when she found a new faith.

“She accepted Jesus and disavowed Roe (and her former sexuality , too). McCorvey’s life of advocacy began again — just on the other side,” Politico reported. She once again created foundations, wrote books, and gave more speeches.

After an impactful, tumultuous life, Norma McCorvey died at the age of 69.

Who was Henry Wade?

Henry Wade had an almost entirely different upbringing. He was born on November 11, 1914, in Rockwell, TX. His father was a judge, the New York Times reported. Wade earned the highest honors at the University of Texas, where he studied law. He was admitted to the bar, then worked as an FBI agent, then later became assistant district attorney in Dallas. Three years later, he ran for the district attorney seat and won.

Wade had a solid track record when it came to trials as a district attorney. Earlier on in his tenure, the New York Times reported, Wade would often prosecute cases himself and won every time.

“As a prosecutor in those years, and earlier during three years when he was assistant district attorney, he asked for death sentences on 30 occasions, and got them on 29,” the obituary explained. “As a whole, defense lawyers engaged against his prosecutors achieved one of the lowest acquittal rates in the country.”

The federal case began in 1970 and lasted until the decision was reached in 1973, Encyclopaedia Britannica noted. Roe argued that a woman should have “an absolute right to terminate pregnancy in any way and at any time,” Encyclopaedia Britannica said. The Supreme Court, of course, did not fully agree. Ultimately, however, the majority opinion, written by Justice Harry A. Blackmun, turned to an individual’s right to privacy under the 14th amendment to justify a change in the law. The decision upheld a woman’s right to abort a fetus up until the point of viability, when a fetus could survive outside of the womb.

The decision has been challenged since in a number of Supreme Court cases, including:

The change has been attributed to different elements, depending on the source and its political agendas. The Lily noted a report from the Guttmacher Institute — which promotes access to safe abortions — that credited the rise in long-term contraceptives like IUDs for the decline, while anti-abortion group the Charlotte Lozier Institute credited stricter abortion laws and an attitude shift.

Now, 45 years later, the Roe v. Wade decision is center-stage once again. As the Trump Administration works to confirm Judge Brett Kavanaugh as a new Supreme Court justice, many are questioning what impact his appointment could have on abortion rights.

Of course, many understand Kavanaugh has said he intends to uphold Roe v. Wade as precedent. However, Kavanaugh, or whomever is appointed to the seat, will have the opportunity to weigh in on other issues that impact abortion. Therefore, even if the Roe v. Wade decision is not completely reversed, the addition of a conservative justice “could bring about a severe if not total cutback on the right to abortion,” USA Today reported.

The biggest issue is states’ ability to enact extreme restrictions and hinder women seeking abortions. While these restrictions have historically been fought and overturned in the Supreme Court, the addition of a conservative justice could see them accepted and permitted.

The U.S. has a long and complicated history with abortion. We’ve moved from the era of unsafe procedures before 1973 to a time of extreme political turmoil after the landmark decision to now, a point at which the debate’s resolution seems light-years away. As is so often the case, women in America must once again wait and see whose hands will be selected to hold the fate of our rights.

Alyssa Huntley lives and works in Washington, D.C. She has written about a range of topics, from technology to real estate to women's issues. Find her on Twitter @alyssajhuntley or check out her website, www.alyssajhuntley.com.

Where Are the Working Women Who Are Rating Their Employers?

Self-Care for the 50+ Hour Work Week

7 Things About Salary Satisfaction That May Surprise You