Keeping Your Cool When the World’s on Fire

How to have good days despite all the bad news: on navigating controversial workplace conversations 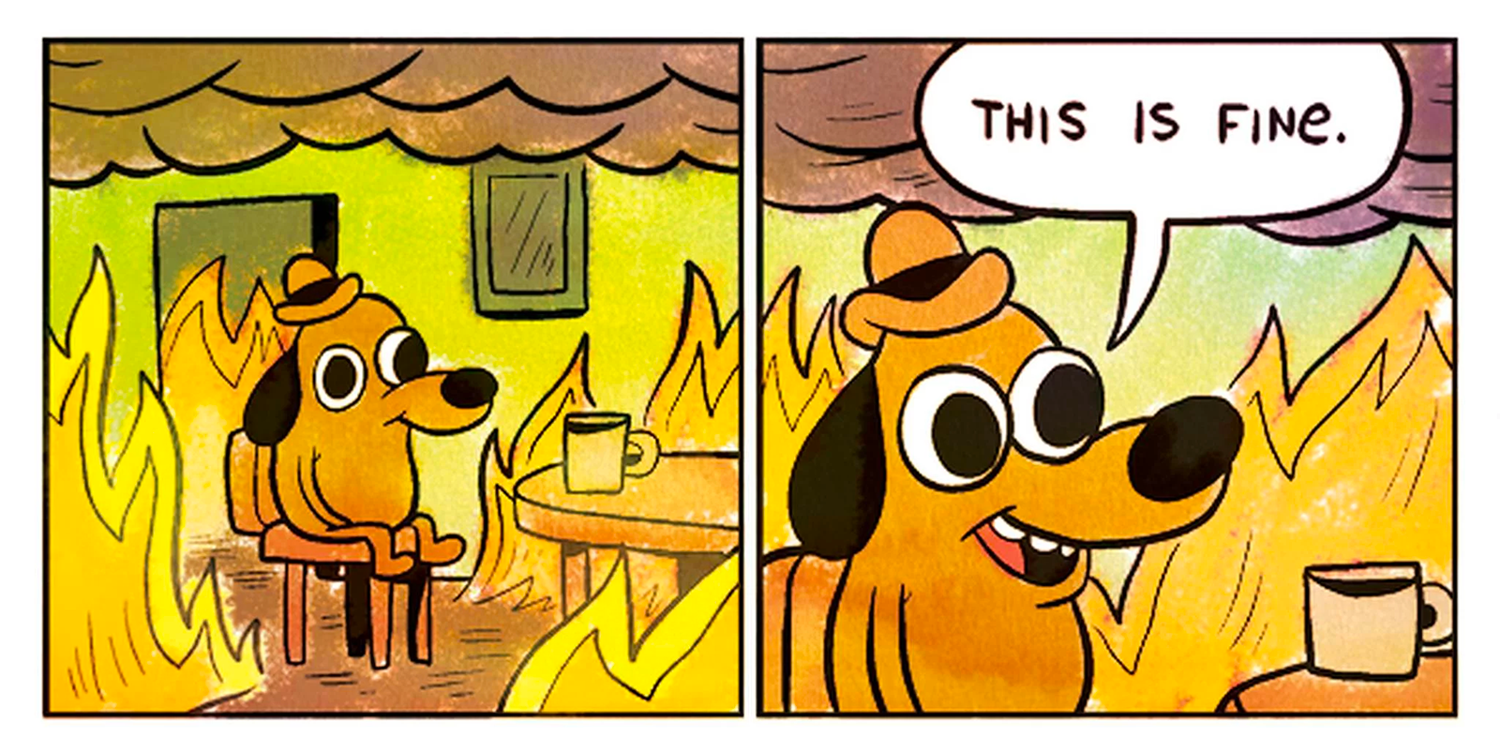 During the past month, the news cycle has been dominated by the controversial removal of Silent Sam, a Confederate monument, from my alma mater’s grounds; the demonization of Serena Williams following the French Open; and sexual assault accusations against Supreme Court nominee Brett Kavanaugh — flooding my feeds and mind with weariness.

From watching it all on the news to hearing hot takes during my favorite podcasts, it feels like these kinds of stories are inescapable. While these incidents occur on a daily basis in less public circumstances, hearing about them constantly weighs heavy on my mind and heart. I’m naturally an over-thinker, so when huge stories like these break, they’re on my mind for hours. What’s even worse, though, is when I feel pressured into joining in on conversations during work hours.

I experienced the same dread during classes in college. For instance, when the #BlackLivesMatter movement took off, all eyes turned to me during class discussions about it. Luckily, I’ve been able to adopt a few practices to maintain my wellbeing and comfort in the midst of tumultuous news cycles.

Stay informed, but don’t get too fixated.

To be honest, most of the “breaking news” I read comes straight from a CNN push notification or my Twitter feed. In college, I would read absolutely anything and everything when it popped up on my phone, regardless of how informative it was. Nowadays, I’ll read one or two articles in their entirety from reputable organizations during the beginning stages of a huge story, and then I’ll rely on Twitter for the rest.

I’ve adopted this practice because in college, I lived in a constant state of anxiety resulting from the overwhelming amount of negative information I consumed. It had a severe impact on my functionality as a student and jaded my perception of the world. Eventually, I decided I needed a cleanse and  took a four-day long hiatus from social media before revamping my approach.

Having a vague level of knowledge about what’s going on in the world will help you stay abreast of conversations that are occurring and give you wiggle room to participate if you absolutely have to engage in them at work. Meanwhile, avoiding obsession will ensure that you won’t get too overwhelmed and upset by the news, no matter how bad it is.

Stand your ground, but know when to abandon a lost cause.

You are valid in your opinions, concerns, and actions. I tell myself that regularly, but the application has taken me much longer than I’d hoped. I’ve let my age, course of study, and even my upbringing prevent me from standing my ground when discussing current events.

If you’re at work and you feel particularly challenged during a conversation, do what feels right. Walk away if you’re truly not comfortable or don’t feel up to it. But as a member of two historically oppressed groups, I would say 9.9 times out of 10, my lived experiences outweigh the opinions of my non-oppressed counterparts. On several occasions, middle-aged white men have attempted to challenge my opinions with “historical facts.” While data can be useful and overly complicated language might sound great, nothing can replace the trauma and emotions you’ve endured your entire life. Beyond that, research practices and data analysis can often be biased, and people tend to selectively cherry-pick the facts that support their arguments. If you find yourself arguing in circles with someone, weigh the pros and cons of continuing the conversation and disengage, if necessary.

If you know you don’t agree with someone at work, you might want to avoid the issue.

I have always struggled with wanting people to like me. Even if someone is terrible to me and I wish they’d disappear, a little part of me wants them to like me anyway. It’s an awful feeling, and I think many other women suffer from the same dilemma.

When it comes to working with others, it’s even worse. Not only do I have an ever-present need to be affirmed by those around me, but I also spend 40+ hours a week with them in close quarters which leaves little to no room for “me time.”

When issues of politics, race, and class come up, I often choose to stay quiet. Partly because I don’t like engaging in potentially controversial spaces, but also because as one of two women of color in the entire company, I never want to position myself to become the “spokesperson” for all Black women. The idea of working alongside people that understood the daily stressors of being a Black woman in America is a dream, but it’s highly unlikely. So, I’ve realized that my job is just that: a job. I don’t have to be best friends with my coworkers, and I don’t owe them my hot takes on every issue that pertains to the communities I identify with.

Know your limits, and remember: you don’t owe anyone anything.

Similarly to how I limit my news intake, I also limit the number of conversations I have about specific issues. Although the dialogue is impactful and necessary to bring about change, there is life and death in the tongue. Just like a stimulating conversation can leave you energized and hopeful in the future, a heavy one can drill you into the ground and leave you feeling drained.

If it’s possible, remove yourself from the space. Take a “bathroom break” or “early lunch” if you’ve had enough, or you need a moment to collect your thoughts. Sometimes, a minute or so in solitude can go a long way in the middle of a workday. If you’re allotted a generous number of PTO days (and can afford it), take a mental health day to relax, unwind, and be away from the chatter of being around other people if you need to.

Be informed. Stand your ground. Remember that your job is, quite literally, just a job — and if you need a new one, InHerSight is here for you. Be sure to know your limits. This strategy isn’t foolproof and should be adjusted as necessary based on your situation, but in times like these, it's essential to have a plan in place when shit hits the fan.

Gwendolyn Smith is a recent graduate of the University of North Carolina at Chapel Hill. She is a Social Media Manager at Mischief Management in New York City. @gwenrenee

How to Find Your Flock in a New City

8 Tips to Help You Navigate the Thanksgiving Dinner Conversation

Company Culture How To