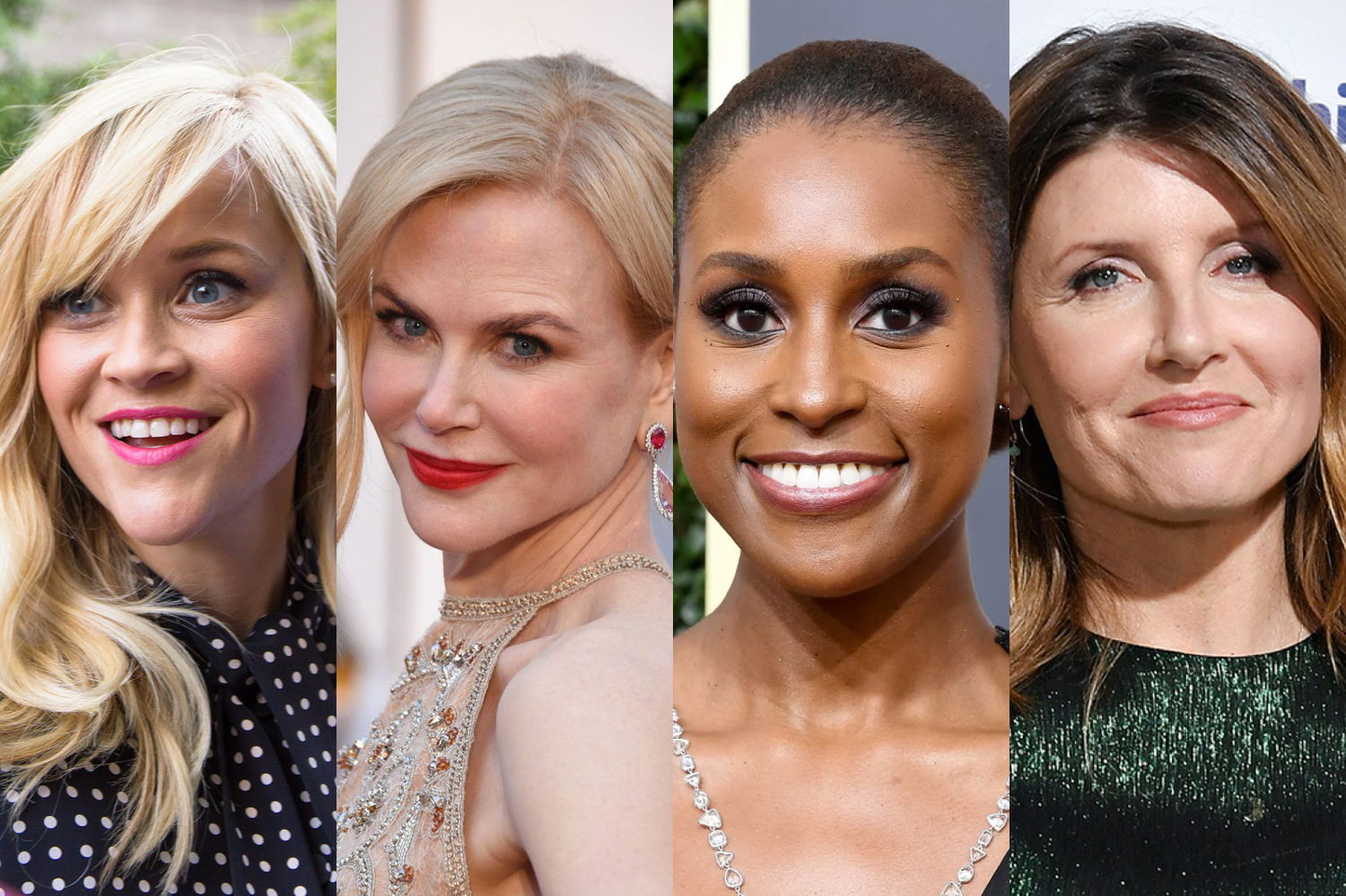 Hollywood has been notoriously sexist since, like ever, but thankfully, the landscape is changing and we’re seeing more women than ever at the center of the screen and the camera, directing and producing.

This is especially true in the world of television. Just look at TV shows like Scandal, How to Get Away With Murder, Grace and Frankie, Empire, and Veep. From Primetime television to online streaming services, we’re seeing a shift . It may be slow, but it’s happening, and for that we have some of the women on HBO to thank.

Using their roles to produce new original content or using their platforms to change media for the better, here are some lessons we can learn from  HBO’s leading ladies.

Hide me from the app.

Don't hide me from the app.

Reese Witherspoon and Nicole Kidman on the Power of Storytelling

Witherspoon and Kidman are taking storytelling to a new level. Both women, Academy Award winners, Primetime Emmy Award winners, and Golden Globe winners (among other awards) have branched out of the world of film (though they haven’t abandoned it) to co-produce the HBO series Big Little Lies (which has received 19 nominations and 13 awards), along with Jean-Marc Vallée.

What makes this show so compelling? It doesn’t just focus on women (and mothers), but actually dives into the stark realities of domestic violence (an issue which Nicole Kidman has fully embraced ) and various women’s issues. In its second season, Big Little Lies has hired a new director, Andrea Arnold, who won an Oscar for Wasp, the Best Live Action Short Film in 2003 and will continue to focus on the complexities of marriage, motherhood, and friendship through a dark comedic lense.

Outside of the show, Witherspoon has co-founded Hello Sunshine, a female-driven media company that aims to encourage women empowerment, creativity, and storytelling. The company is accepting submissions from female writers and has recently partnered with AT&T and Chernin Group’s Otter Media to develop a nine-part series called “Shine On With Reese” that will feature women from various industries. She also started a Hello Sunshine Book Club in order to promote women’s stories, is now the Storyteller-in-Chief at Elizabeth Arden, Inc., and is working with Kerry Washington on a new Hulu series.

Kidman, like Witherspoon, is embracing TV and is taking on another series (as a co-producer and star of) The Undoing, with David E. Kelly, based on Jean Hanff Korelitz's novel You Should Have Known. Kidman says, “David has created another propulsive series with a fascinating, complicated female role at its center [and] I’m excited and honored to continue collaborating with HBO and David E. Kelley.”

It seems both women are eager to continue telling women's’ stories as best as they can. Witherspoon says, “As an artist, I feel more strongly than ever that my job on earth is to tell the stories of the invisibles, and women have been invisible on film for a long time.”

As the creator and writer of HBO’s Divorce, Horgan has been working in the TV world for years. She has won seven BAFTA TV Award nominees, a BAFTA TV Award for Best Comedy Writer, and a nomination for the 2016 Primetime Emmy Award for Outstanding Writing for a Comedy Series. Yet, the 47-year-old actress and writer didn’t get her real “big break” until she was 36 years old.

In 2015, she created and (co-)wrote both Divorce and Catastrophe (which she also stars in). Both shows focus on tragic situations: a mother of two in the process of an ugly divorce and a woman who accidentally gets pregnant after a “week-long” stand in London. Horgan, an Irish actress, producer, and writer, from London, has managed to add even more to her plate. She is the creative director of Merman, an independent production company, as well as a wife and a mother of two, and is set to co-write a new series called “Women on the Verge.” She’s shown that women really can “have it all.”

According to Horgan , “I have quite a lot of drive because I started late. I spent a lot of my twenties doing nothing, and I suppose I wouldn't be as driven if I didn't realize that time's ticking on a bit. You've only got a short shelf-life as an actor and I want to make the most of it while I can. At the moment it's easier to get things off the ground; a few years ago it was almost impossible.'

Issa Rae on Being Your Best Self

Rae has created, wrote, produces, and stars in HBO’s drama television series Insecure, which is based on her award-winning, web series called The Mis-Adventures of Awkward Black Girl which originally appeared on YouTube. Viewers loved the relatable, hysterical web series about a young black self-proclaimed “awkward girl at heart,” who feels out of place navigating the workplace and her love life. The responses were positive but even Rae, herself, didn’t expect the show’s premise to take off the way it did . “So much of the media presents blackness as fierce and flawless. I’m not,” she explains , which is exactly why the Stanford University graduate wanted to tell a relatable story of sexuality, race, and culture which TV shows have severely lacked.

At just 33 years old, Rae has received two Golden Globe nominees for Insecure, written a memoir (also titled The Mis-Adventures of Awkward Black Girl), and founded Color Creative, an organization that gives writers of color the tools they need to thrive in the Hollywood industry. Rae recently signed on to star in the Netflix movie The Hate U Give, based on Angela Thomas’ bestselling YA novel which features a young woman who’s drawn to activism following a police shooting.

Rae is leading the way for so many women and will, no doubt, continue to make waves. She explains it best , “For a long time, I defined myself by what I wasn’t… My life changed when I focused on what I was, what I was good at, what I liked most about myself and what made me stand out. Once I learned to like me more than others did, then I didn’t have to worry about being the funniest or the most popular or the prettiest. I was the best me and I only ever tried to be that.”

What have we learned? That storytelling, embracing your own story, and going after what you want, no matter how late in the game, is the key to breaking the glass ceiling and getting what you want.

Sarah Sheppard is a professional writer and editor. She worked as a senior manager at an independent publisher in Boston, earned an MFA in Creative Writing from Lesley University, and currently resides in the Midwest. She is working on her first novel. You can find her at sarahsheppardwriter.com, @writershep on Twitter, and @sarahsheppardwriter on Instagram.

Share this article
Editors' Picks
Why You Need to Ditch Your Cell Phone at Work
Deep Dive: What We Can Learn From FEMA’s Sexual Harassment Crisis
Self-Affirmation: Spells We Can All Get Behind
More articles ›